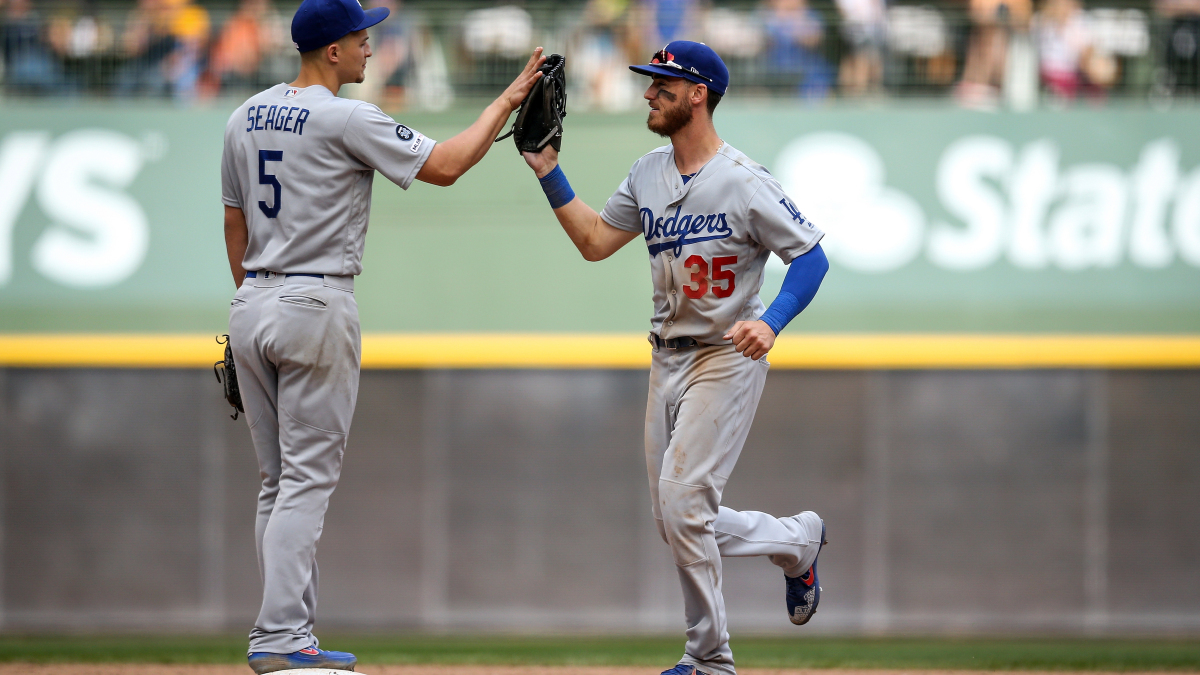 From a betting perspective, the story of this series will be Corbin Burnes, or rather, the lack thereof. The Brewers ace and NL Cy Young candidate will likely be done for the year with an oblique strain. The reason I place so much emphasis on Burnes is because without him, the Brewers lose their “puncher’s chance.” The Dodgers offense is elite and the Brewers is one of the worst in the league. The Brewers started to come alive at the end of 2020, yet they still haven’t gotten much of anything out of superstar and former MVP, Christian Yelich. They are instead relying on the likes of Jed Gyorko and Dan Vogelbach to get by (no offense). The Dodgers, on the other hand, are the best offense in baseball in both traditional and advanced metrics. The scariest part of their team is that their offense could get even better. Mookie Betts and Corey Seager are leading the way, but the Dodgers have not gotten the expected production out of Cody Bellinger and Max Muncy.

The bright spot for the Brewers is that Brandon Woodruff has started to look like the ace he was expected to be this year. He has had two elite starts to finish the year and has had success against the Dodgers in the playoffs before. Josh Hader and Devin Williams are one of the best one-two punches in any bullpen across the majors. The question is: Will that be enough to stop the Dodgers? The Dodgers rotation is not exactly putting fear into the hearts of opponents right now. Walker Beuhler has had a tough 2020, filled with injuries and ineffectiveness. Clayton Kershaw has been experiencing a notable drop in velocity for multiple years now, along with his very noteworthy struggles in the postseason. Behind them will be some combination of Tony Gonsolin, Dustin May, and Julio Urias. If Dave Roberts can utilize those three effectively, he should be able to get quality outings from them this postseason, even if the team still relies on its top offense. I can recommend you put your money behind these Brewers in good faith, but I will not lay -360 on a three-game series. No bet is better than a losing bet.

The Reds were a trendy pick to make the postseason at the beginning of the year and are once again a trendy pick to move forward. Despite the 2-7 seed split, the series price on this matchup is notably lower than other series. The books and the public seem convinced that the elite starting rotation of Trevor Bauer, Luis Castillo, and Sonny Gray will be able to shut down Atlanta. The Braves are certainly missing ace Mike Soroka and will rely heavily on young starters Ian Anderson and Kyle Wright. Anderson has been every bit as good as marketed, but former top prospects Kyle Wright and Touki Toussaint have disappointed mightily. However, the Braves have a clear bullpen advantage even though the Reds bullpen has looked solid recently.

Plain and simple, I think this series is mispriced. The Reds look exactly like the trendy dog that I usually look to avoid. This Reds team simply cannot hit. Castellanos, Votto, Suarez, and Moustakas all hit under .230 during the 2020 season. On the other hand, the Braves feature the likely NL MVP, Freddie Freeman and surprising MVP candidate Marcell Ozuna. This is not even to mention the star duo of Ronald Acuna Jr. and Ozzie Albies. If the Braves can’t get to the Reds elite starters, they will certainly get after the pen. I would certainly be inclined to give the Reds a longer look at a higher price, but getting under -150 for this Braves squad seems foolish.

Remember, the Marlins franchise has never lost a playoff series in their entire history! All jokes aside, these are two teams that surprised me with their playoff positions. I was not a believer in this Cubs team at the beginning of the year and I was certainly not expecting Miami to make this big of a jump. These are two teams both heavily reliant on their starting pitching, with the edge towards Chicago with Kyle Hendricks and Yu Darvish in Games 1 and 2, respectively. Similar to Cincinnati, Miami feels like a trendy dog. Fans and public bettors want to see Miami continue their surprising season. However, I look to fade that narrative when possible.

Both these teams are limping into the postseason with both offenses hitting under 100 wRC+. Both bullpens have shown flashes of excellence but neither of them has been able to maintain any sort of consistency. The Cubs are certainly the one of these two more likely to get it going on offense as the 2016 World Champs still feature much of the same star-power. CF Ian Happ and RF Jason Heyward have been somewhat surprising offensive leaders on a team that still features Silver Sluggers Anthony Rizzo and Javy Baez, as well as 2016 MVP Kris Bryant. The Cubs are not a team to fear in the 2020 playoffs, but I do think they squeak by Miami here, on the heels of their starting pitching.

This is another line that I feel is just blown out of proportion. The Padres are a great story, but as we’ve seen through the final few weeks of the season their offense has severely faltered. This is really the biggest point to make about the shortened season and why the statistics we take from it must be taken with a grain of salt. Baseball is a hard game, especially over the course of 162 games. Even through 60 games, MVP candidate Fernando Tatis Jr. could not keep up his production. It has actually been Manny Machado leading the way for Slam Diego. The other concern I have with the Padres is their starting pitching. Chris Paddack has not been good in 2020 and you should not let Zach Davies’ 7-4 record fool you. Dinelson Lamet and Mike Clevinger are the best pitchers on this team and both of them will be out for this series. The Padres bullpen is good, but I think they will start to show their lack of quality depth without Kirby Yates in the postseason.

The Cardinals are good team that can hit, even though they don’t hit for much power. The Cardinals pitching staff is deep with quality arms even though Dakota Hudson is done for the year. The Redbirds can certainly get wins against this San Diego team with Kwang-hyun Kim and Jack Flaherty on the mound. Yes, Flaherty has struggled but this is the perfect opportunity for him to regain his ace status. I’m not saying that the Cardinals are the more talented team than the Padres. I’m not even saying that the Cardinals are the team I’d like to see move forward. But, +175 is a serious misprice. The Padres offense has gone cold and they will be without their top two starters and closer in a three-game series. This smells like an upset.