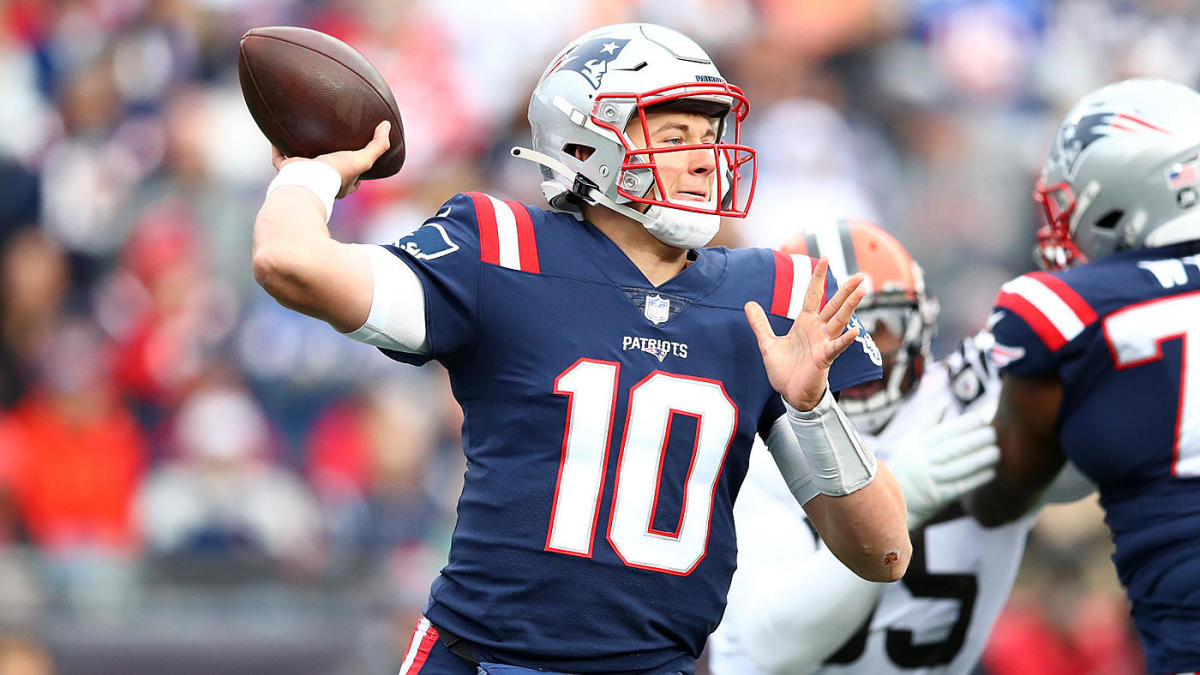 It’s silly to assume that this Lions team can do much more than hope, but they have constantly kept things close. I liked the group of Jared Goff, D’Andre Swift, and T.J. Hockenson at the beginning of the season, and they’ve done as much as they can to stay competitive in nearly every game played. Record aside, this is a half decent Lions team that won’t stun very often but at home I have some concerns. The loss of D’Andre Swift will surely hurt them, but they have a capable replacement at RB in Jamaal Williams. Their OL has the 13th highest run block win rate and plays against a Vikings team allowing the highest rushing EPA in the league. The lack of a true #1 receiver has been hurting Detroit all season, which may lead to a defense that stacks the box, but I can’t imagine them stopping 6’5 TE T.J. Hockenson for long. It’ll be much harder for the 32nd ranked Lions pass defense to stop Kirk Cousins, Justin Jefferson, and Adam Thielen. Even if RB Dalvin Cook can’t suit up for the game, that group alone is going to make it tough to stop for long. The Vikings are 10th in DVOA and are coming off a close loss to the 49ers. Another road game is rough, but they’re the better team. I know I’ve lost legs despite mismatches, but playing the high probability games works long-term.

Kyler Murray is not guaranteed to play, but with multiple weeks to rest up and a bye week to help the rest of the team, they’re in a good position to win even if Colt McCoy has to start. The Chicago Bears eked out a win against the Lions on Thanksgiving and now get a well-rested Cardinals team that still manages to rank 4th in DVOA. They’re also 11th in offensive EPA/Play without Kyler – since week 9 – and the defense is 7th in that span, and 2nd over the entire season. The Chicago Bears have found as much offensive success as you could hope for with a major off year for Allen Robinson, a struggling rookie QB in Justin Fields, and an injured RB in David Montgomery. Most of their games are within a score, and it’s not impossible to see a situation where the Cardinals struggle if Kyler Murray has some rust to shake off. Chicago’s defense has lost Khalil Mack and Danny Trevathan and their pass rush has yet to make an impact. They’re getting a QB knockdown on 5.3% off opposing pass attempts (31st) and a hurry on 7.0% (31st). Like I said, it’s not impossible but I don’t see a likely scenario. The Cardinals are too good, and while I could see this game coming down to a score, a 2-point spread helps eliminate most situations. Play the probability, but if you want to wait out Kyler’s injury reports I don’t blame you.

Some matchups scream “upset inevitable” but this one seems exactly the opposite. These two teams are so opposite that it would take an actual miracle for Houston to win. Even the Titans, without a legit WR2 or their league-leading rusher in Derrick Henry, nearly came back after going down against them. Ryan Tannehill threw four picks in the loss and I can’t guarantee that Carson Wentz can’t match that, but Jonathon Taylor is just so unstoppable. Along with a better OL and defense, the 8th best team in DVOA is ready to win this by double digits. Houston couldn’t even topple the lowly Jets, and I don’t think much else needs to be said about this game. The spread may reach 10.5 by kickoff. Shave a few points off now while it’s still relatively low.

Washington beat a struggling Seahawks team, but I don’t think the Raiders will go down so easily. Both teams are a spot away from each other in DVOA and offensive EPA/play, but the Raiders still hold an advantage on defense, ranking 24th while the Football Team are 30th. Still, they’re two spots away against the pass and the rush individually, although Washington is significantly worse against the pass when you exclude garbage time. Luckily for RB Antonio Gibson, Vegas is 28th against the run given the same parameters! Washington also has a top-notch OL, ranking 3rd in pass block win rate and 1st in run block win rate. Don’t let the Thanksgiving win over the Cowboys fool you, by the way. Dallas was on the wrong end of a ton of penalties and didn’t have their top wideouts. Washington just lost J.D. McKissic, and Curtis Samuel or Antonio Gibson could go down at any moment, but we could say the same thing about TE Darren Waller who is considered ‘week-to-week’ per head coach Rich Bisaccia. This is going to be a downright ugly game, but I doubt the spread moves past a field goal which would indicate that Vegas is not some insurmountable powerhouse. Winning by over a TD could happen, but I don’t have a lot of faith in it.

The Patriots are in control of their destiny. Their offense may not be full of attractive names, but they’ve gotten the job done and have outscored opponents 130-26 in their last four games. They’re now 3rd in defensive EPA/play (Bills are 1st), 11th in offensive EPA/play (Bills are 4th), and 2nd in DVOA (Bills are 3rd). Both of these teams are clearly powerhouses and have to be some of the favorites to win the Super Bowl. This line has slowly moved from -3 to -2.5, indicating that the sharps wanted that field goal buffer. I don’t know how much lower it can reasonably get, but with the Bills at home this is indicating that they’re about even on a neutral field. It’s hard to justify putting the Patriots offense over the Bills’, but aside from the Saints loss they have yet to lose by double digits. They lost to the Bucs by 2 on a missed FG in terrible conditions, to the Dolphins week 1 by a single point in Mac Jones’ first career start, and to the Cowboys by a score in OT. This team will continue to stay in it with coaching alone, but it’s reassuring to see that the stats also rank them quite highly. I personally don’t want the regular +3 spread if it’s still available but I’ll tease these 6 points as long as it’s at least +1.5