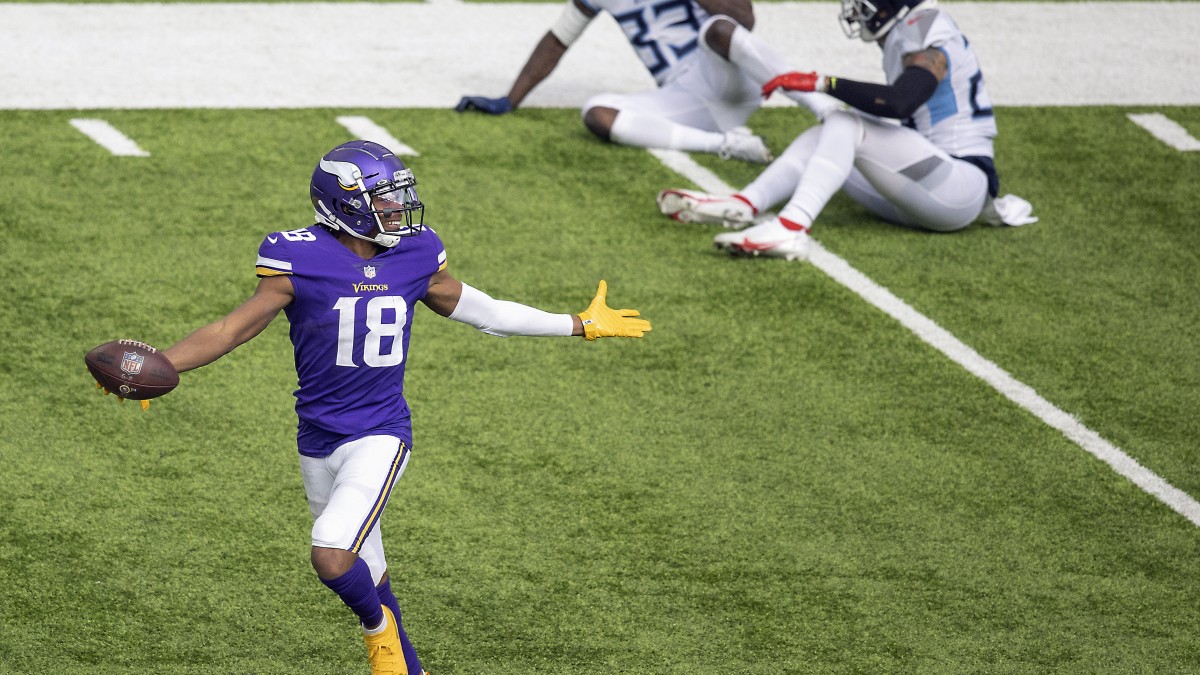 Talk about a hangover. After a short break, we came back and went 1-2 on our picks. The 1 win only matters when counting our total legs won in the end, but on the week it’s the same as going 0-3. I was let down but perhaps I took some good teams too lightly.

It’s being reported that this will be head coach Matt Nagy’s final game with the Bears. That scares me and my gut says he goes out with a bang, but my gut is often wrong. The Lions kept it close with the Browns despite playing Tim Boyle at QB. Sophomore RB D’Andre Swift continued to perform, breaking off a 57 yard TD on his way to his second straight 130+ yard rushing game. The Bears are 19th in the league against the run in EPA when you filter out garbage time. On the other side, the Lions are the worst in the league in defensive EPA. That’s not fun, but don’t quit on them just yet. Since week 5, they’re 24th and their offense is 13th when running the ball. Andy Dalton has just been announced as the starter, which is seemingly bad news. The line hasn’t moved in response which means that the sharps and/or markets either view Dalton as about the same as Fields or even better. I get it, neither is particularly great but the season total stats haven’t been especially kind to the rookie. It’s a learning process, although he’s clearly the more dynamic player given his youth. I’m not deterred by the Red Rifle, but a mistake-prone Fields would have helped. There isn’t yet news about whether WR Allen Robinson will play but the short week won’t do him any favors. At home, I think the Lions cover 3.5 but I’d rather move them past a TD especially when the projected point total is 42.

I took the Cowboys at -7 but I can’t let this line get any bigger. At 8 you bring this down to a 2-point victory by Dallas at home on Thanksgiving. It was a rough week for them, not being able to generate anything on offense against the Chiefs, but thankfully they don’t have to play Patrick Mahomes in the loudest stadium in football this week. Despite the loss, they’re still 3rd in the league in DVOA. It’s annoying to try to predict which version of this Cowboys team will play each week, and the short rest certainly doesn’t help, but they’re the much better team in nearly every aspect. Dak Prescott is 14th in EPA/Play but Derek Carr isn’t far behind at 20th with only a difference of 0.037. The edge comes from their defense, where Dallas is 5th in EPA/Play and Vegas is 20th. Keeping the Chiefs, who pounded the Raiders two weeks ago, to only 19 at home is not easy so props are due. It just seems like even 6 or 7 doesn’t cover this convincingly. Dallas to win by a FG is significantly more likely.

This isn’t a reactionary play, I genuinely like the Vikings to outright win this game. Sure, their win against the Packers will cause the public to inevitably take them more than if they lost. However, something needs to be said about the questionable calls that aided the Vikings. On paper, this seems like a good spread to take, but despite my love for the Vikings spread and ML I will tease this up to 9. The 49ers are 7th in DVOA while the Vikings are 11th. The difference may not be massive, but it’s enough for me to see an avenue for success for San Francisco. The Vikings remain one of the worst run defenses in the league, 31st against it in EPA and 28th when taking away garbage time. In case you didn’t know, Kyle Shanahan’s 49ers use the run game…a lot. Whether it’s any of their actual backs or WR Deebo Samuel, they find ways to be effective. Although Kirk Cousins is 9th in EPA/Play and the offense has some of the most explosive skill position players in the league, Jimmy Garoppolo has exceeded my expectations and performed as efficiently as he can. The point total is surprisingly tame which helps and makes me lean towards the 9 point head start.