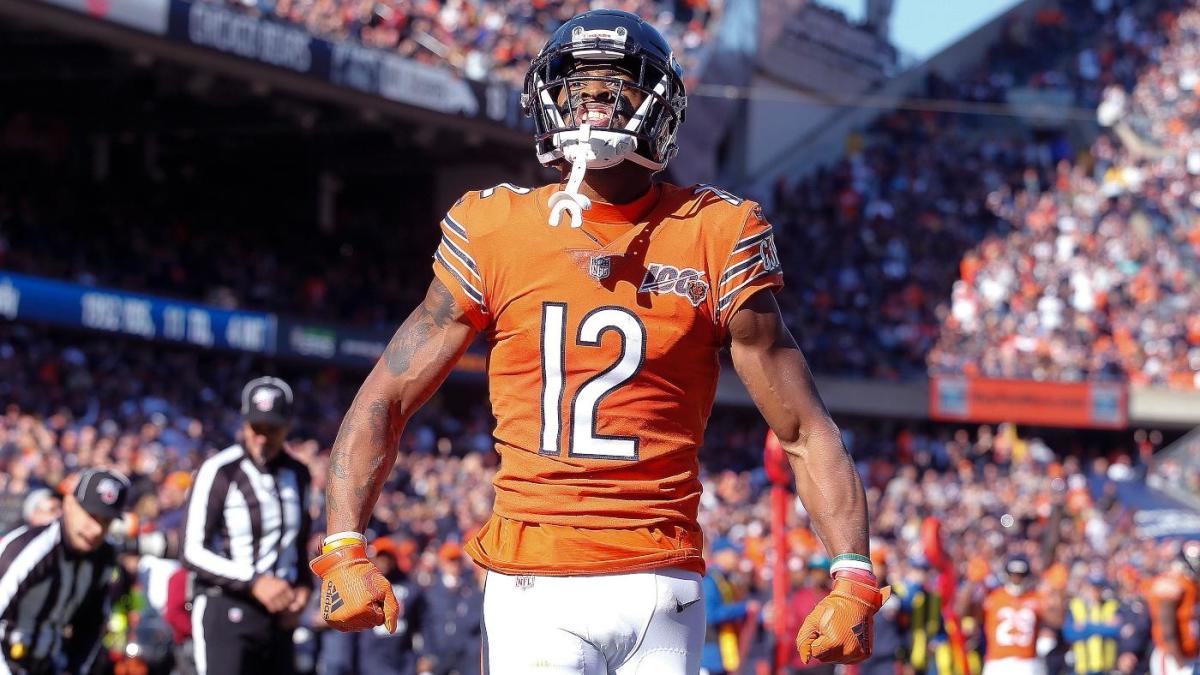 Players to Buy for the Fantasy Football Playoffs

Setting yourself apart from the competition can be difficult at this time of year. Few true league-winners emerge, and even if they do you may be doing just well enough that you can’t grab them.

How do you get an advantage?

Trading for underperforming players, or even paying up for stars with great schedules, is the best way. Most leagues have a trade deadline around the end of November, though you may be lucky if yours goes on for longer. While everyone is biased and values their own players much more than you do, I’m willing to give whatever it takes to get some of these players.

Robinson has been one of the most consistent receivers this year despite his unfortunate QB situation. While this does admittedly limit his ceiling, he has shown he can still bring in his targets for huge receiving numbers. He has only one game with fewer than 10 fantasy points, and has scored 15 or more on five separate occasions. His playoff schedule?

He also gets the Packers and Lions beforehand, not ideal matchups, but not elite defenses that can stop Robinson for long.

He’s 2nd in targets, 6th in receptions, 8th in receiving yards, and is averaging 6.3 receptions per game. He’s quite literally as safe as they come. Combine all this with a week to rest (and hopefully turn Nick Foles into Tom Brady overnight), and you have a recipe for success. He’s one of the big names that I am more than happy to pay up for.

If you followed my twitter in the offseason (@GridironGreek), you probably know I have been touting Jacobs as one of my favorite players this season. He was one of my value picks in my draft article, and I did an entire thread comparing how players with rookie seasons like his do in their second season.

All signs were pointing towards another very good season for Jacobs.

That sort of happened. Jacobs is the RB5 in PPR with a slight increase in his receiving work, but nothing spectacular. He has mainly been held together by his three games of 2+ TDs and has otherwise been a safe option who wasn’t making huge plays. If you owned him, you probably were not getting RB5 production each week.

That still requires some context. After a 3TD, 35 point showing in Carolina week 1, Jacobs faced the Saints, Patriots, Bills, Chiefs, and Bucs. All of those teams either have a very good run defense, are Super Bowl contenders, or both. That’s not ideal game-script for a player who isn’t getting Kamara-esque receiving work. We can see in their upset against the Chiefs, Jacobs managed to get 22 points, but in the other games he could barely reach double digits.

After a Chiefs rematch in week 11, Jacobs gets a juicy schedule to end the season. The Falcons have been surprisingly good against RBs this year. That’s because the team is being torched through the air. WRs and TEs have combined for 18 receiving scores against Atlanta, but on the ground, backs have only managed three. Their offense has kept them competitive in many games despite a 3-7 record that doesn’t accurately reflect their talent. Even if he can’t get it going there, he has some plus matchups like the Jets, Chargers, and finally the Dolphins to close out the playoffs.

If you weren’t able to pry Chubb from other league managers while he was still injured, you may have one last shot. Like Jacobs, he is coming off a great game which means it may be hard to get him for a “fair” value, but if you are one RB from winning it and nobody else will budge, Chubb and the Browns have one of the most appealing playoff schedules.

This week the team gets an Eagles team that is stingy against RBs, which may help lower his trade value if he seems to struggle. After that, it’s smooth sailing. His following opponents include the Jaguars, Titans, Jets, and Giants, all of whom allow at least 25 points per game to opposing backfields. Although there’s a tough matchup against the Ravens sandwiched between them, it’s overall a very light schedule for Chubb and even Kareem Hunt. When he’s already averaging the most yards per carry at the position, you have to assume his ceiling is sky-high even if he’s not getting much work in the receiving game.

Players to Buy for the Fantasy Football Playoffs