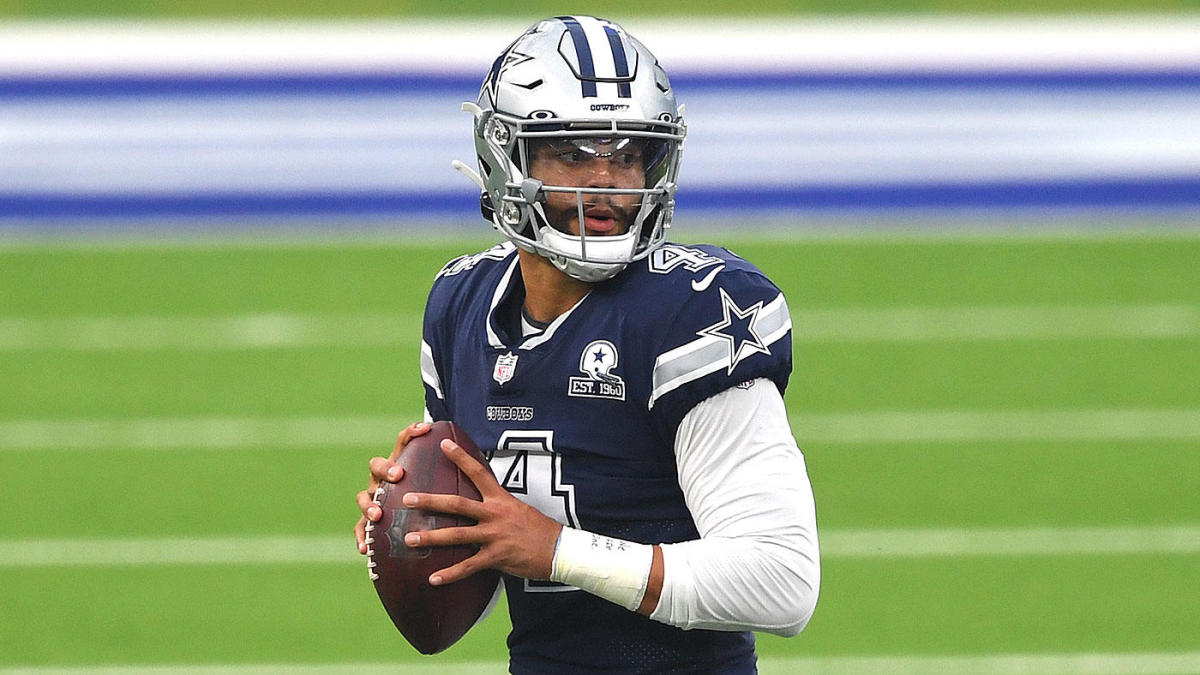 Teaser Tuesday is a brand new series focusing on teaser plays each week in the NFL. Instead of scouring your book and calculating everything by hand, we give you the current lines and their teased numbers as well as pre-game analysis. Pick the ones you like the best and make some money!

The Cowboys are winning this division. I don’t like to be a jinx, but it’s becoming clearer every day. The offense is one of the best in the league and can use any of their WRs, TEs, or RBs to hurt you, while Dak has the option to rush for a few yards if it all falls apart. The defense has surprised people the most, allowing the 11th lowest EPA/Play. Per Football Outsiders, Dallas is 3rd in the league in DVOA, their own metric that compares a team’s performance against the league average and adjusts for different levels of opponents and game context. The Cowboys are fielding one of the best teams in football. That’s why I’m confused about this spread against the Giants. While they opened as 8.5 point favorites, the line has dropped to 7. I don’t project it to go any lower than 6.5 barring a surprise injury, but perhaps the Giants are better than we thought. It could just be a case of a scrappy divisional matchup between the two, but the Cowboys are the better team and betting on them to simply get the win is a high-percentage play. With a high point total projected, move the Cowboys to 1 and hope they just win the dang game.

The Texans have looked historically bad under Davis Mills. The 3rd round rookie QB is throwing for under 120 yards per game while also throwing 5 interceptions to only 2 TDs. Even on a solid, well-coached roster, it’s hard to overcome that. Like the Bills they faced last week, the Patriots boast a strong defensive unit. They’re especially strong against the pass. This is yet another recipe for disaster for Houston, but with such a high spread it’s hard to take the Patriots to win by 9. Mac Jones can win this game by a TD, but the better play would be to tease this down to 3.

Washington has remained competitive despite a massive drop-off in defensive play. Even after three straight high-scoring games, the sportsbooks have the point total for this game set to about 44.5. Because there are so few points projected to be scored (and a small spread in favor of the Saints), we can assume that it will be a tight game with few chances to score. That means that it’s a perfect candidate to tease the underdog, especially when we are given such a perfect number. A 6 point teaser allows the Football Team to lose by a TD and still win, but Vegas is saying that it should be much closer than that. While this Saints defense is still above-average, they just aren’t the same anymore and the offense has surprisingly struggled at times.

4 may not be a typical number to tease. It’s a more common key number but not nearly as common as 3, 7, or 10. This matchup doesn’t fit a typical Wong teaser either, but a 7-point teaser gives the Panthers the ability to lose by a field goal, or 3 points. Don’t let a bad week against a ferocious Cowboys team change your mind, the Panthers are legit. They still allow the 3rd lowest EPA/Play and still manage to field the 11th best offense in EPA/Play. The Eagles have found offensive success with dual-threat QB Jalen Hurts and rookie WR DeVonta Smith. Still, it’s hard to have much faith in them to win. While their defensive stats were negatively affected by playing against Patrick Mahomes, their offensive stats skyrocketed because they faced a weak Chiefs defense. They’re still about a middle-of-the-pack team, above average at best, and I think they can keep this competitive but ultimately fail. The Panthers have done well even without star RB Christian McCaffrey, who has a chance to play in this game. If the Eagles do manage a win, expect a close one. I expect a cover on the 4 points regardless.

The stats may not agree with me, but the Steelers offense looked at least passable yesterday. It wasn’t pretty but they scored some points and got unlucky on a few plays, including a questionable offsides call on what would have been a blocked FG returned for a TD. It’s clear, though, that the play-calling is bad. The team is constantly dumping it off on 4th and medium and expecting the results to change. I understand wanting to play to Ben’s strengths, or whatever he has left in the tank at this age, but it’s just embarrassing to watch. The Broncos had their share of struggles against the Ravens, but part of that can be explained by an injury to starting QB Teddy Bridgewater. Drew Lock isn’t a terrible backup, but it’s a matchup that the Steelers would prefer. The Broncos are by far the better team today with Teddy at the helm and I would monitor how much he practices. If he can start against the Steelers, tease the Broncos to 7.5. This game has a point total that’s now under 40, meaning any win is expected to be close. If Lock starts, don’t bother taking the Broncos.