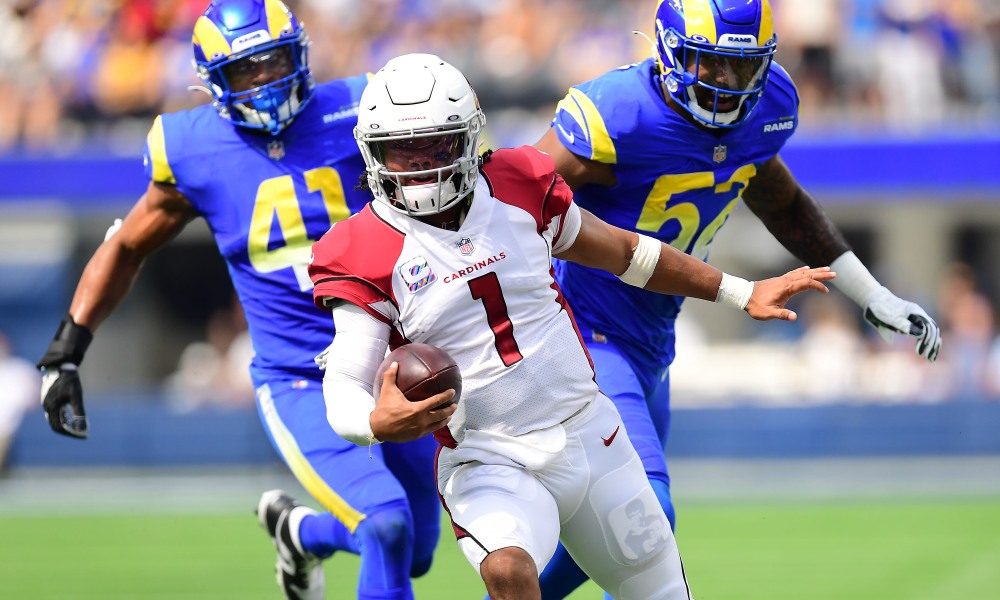 Like many of my other picks, half points were killer and we pushed nearly everywhere. Denver lost by 8 while my play was +7.5, New England and Carolina pushed at -3 and +3, and Washington allowed a meaningless TD with under 4 minutes in the 4th to barely miss the cover.

It has been a rough week, but being so close is encouraging. Despite the bye weeks, high point totals, and strange lines, there are still good teaser plays this week.

After a shaky start, the Bucs are back in business. I won’t put a ton of stock into a lone game against a struggling team without their starting QB, but they really gave the Dolphins a beating. A Thursday night date with the Eagles should be exciting, but laying a touchdown is hard even given the difference in talent and experience. Tom Brady is CLEARLY the better QB even at this point in his career, but a short week can be brutal for any team and injuries should be expected. The Bucs still have the overwhelming offensive (2nd vs 22nd in offensive EPA/Play) but the defense has been suspect at times (13th vs 12th in defensive EPA/Play) although Football Outsiders has Tampa 4th in their DVOA metric. Jalen Hurts looks good enough to keep a game competitive but play it safe and bring Tampa down to a cheaper ML.

For what it’s worth, I was going to take the Chargers moneyline before MNF. I’m even higher on them now and the books have adjusted as well. The Ravens looked to be rising to -3.5 but dropped back to -3 this morning. Expect this line to move even more on some books, as the Ravens got thrashed through the air by Carson Wentz and his group of “meh” receivers. I don’t think it’s even a question whether Justin Herbert, Keenan Allen, Mike Williams, and Austin Ekeler are better. Surely the Ravens adjust but with how injured they have been, there is only so much they can do. The offensive line remains a major area of concern and the Chargers pass rush led by Joey Bosa should have plenty of opportunities to hit Lamar. This isn’t a clear-cut victory but it’s a great spot to tease if you’re wary of a late comeback.

Is the AFC North…overrated? Three of the teams were expected to have elite or very good defense. Somehow the odd team out in the Cincinnati Bengals are near the top while the Browns, Steelers, and Ravens look awful at times. That’s great news for the visiting Cardinals who have separated themselves as one of the best teams in the league. They’re the only undefeated team in the league for good reason, as QB Kyler Murray separates himself as a legitimate MVP candidate. Although I love the Cardinals moneyline at +125, they’re also a great teaser candidate as the point total continues to drop. The Browns do have an advantage with their amazing run game (1st in the league with 187 YPG and 12 TDs), as the Cardinals are significantly better against the pass, but a 9 point win from Cleveland would be shocking. Kyler just needs to be decent.

Like last week, teasing a small favorite into a small underdog isn’t a traditionally profitable way to tease but it nearly worked out for the Panthers. Dak Prescott’s Cowboys are a much better team than Sam Darnold’s Panthers, at least offensively, and they won’t struggle as much if one player can’t get the ball. Although a trip up north against a mastermind like Bill Belichick will be tough, the Patriots are clearly struggling more than most would have expected. Although Davis Mills shocked the world with a 3 TD, 0 INT performance, the pass defense is still a major strength for the Pats. The run defense is well below average. Tony Pollard is already a capable running back, but the Cowboys still have Ezekiel Elliott. Even Belichick can’t stop both of those players AND the receivers all at once. Mac Jones looks fine. He’s not winning this game, at least not by more than a field goal.