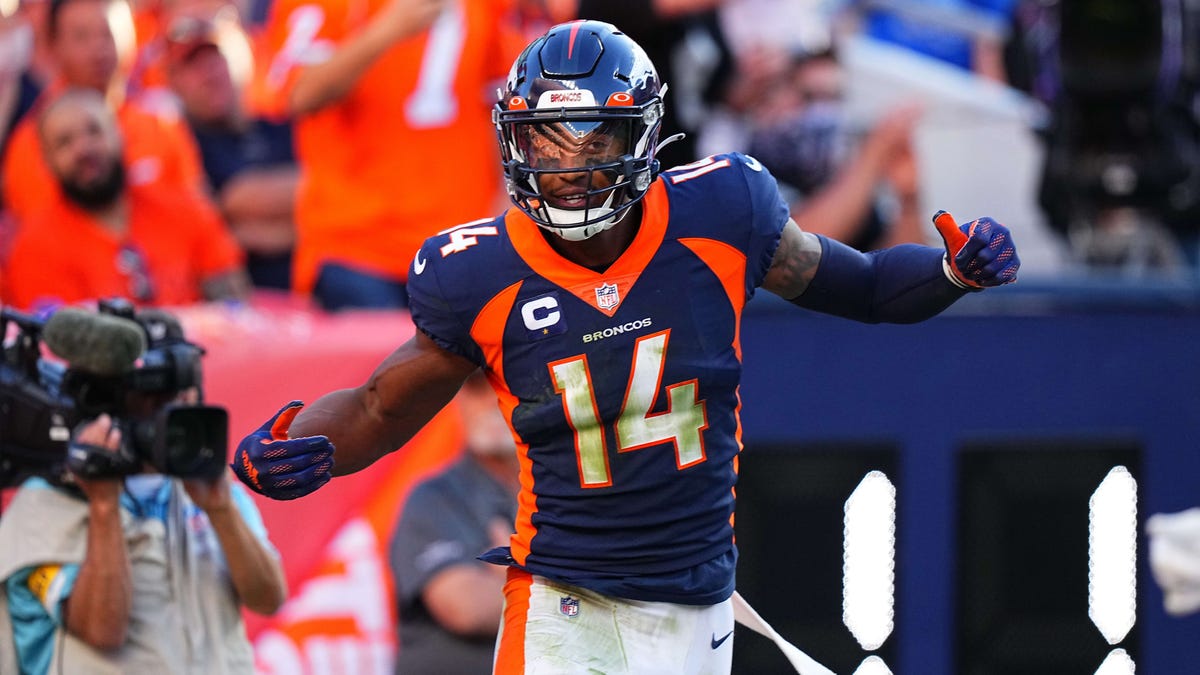 Really, Chargers? You just had to ruin my near-perfect week. The team only scored 6 points all game and couldn’t stop the Ravens run game, as almost everyone in their backfield scored a TD. 75% on the week is great though, and I hope to keep that up. The Cardinals and Cowboys hit their spreads on their own, but the Bucs got hit by a useless 2-point conversion that meant the closing line lost but the teased spread won.

This is a tricky game to both monitor and get value for. Baker Mayfield was seen wearing a sling following a blowout loss to the Cardinals and is awaiting a second opinion on the extent of his injury at the time of writing this. RB Nick Chubb is officially out and Kareem Hunt is unlikely to play, which leaves a lot of question marks around the league’s top backfield. The Broncos are already above-average against the run (14th lowest rushing EPA allowed, 85.5 YPG allowed). The Broncos may have an advantage against the Browns offense heading into the Thursday Night showdown, but the Browns get to face a struggling Teddy Bridgewater. The Broncos QB has already been sacked the 7th most times and the Cleveland Browns defense led by Myles Garrett is hitting QBs on 13.33% of their pass attempts, 2nd best in the league. It’s clear any win by the Broncos will be a hard-fought one, but Teddy is still impressing with the 4th best EPA/Play in the league. A loss isn’t likely to be massive. Targeting low point totals is key in these situations, and the line is only dropping. Even up to 1.5, I’d tease the Broncos here.

Talk about a shocker. While both of these teams pummeled their opponents, Baltimore did it against a top notch Chargers team. Lamar Jackson did throw 2 interceptions in the win, but the team still impressed on both sides of the ball. There’s not much I can say about the Ravens that hasn’t been said already, but it’s clear they’re amongst the upper echelon in the AFC. QB Joe Burrow and his trio of WRs, including rookie Ja’Marr Chase, have been on a roll and the defense has been good, but context is required. The only truly great team they had a chance against was the Packers, but they still fell short. Their dominance against a struggling Steelers team and the lowly Detroit Lions is still impressive, but I can’t put too much stock into it. Baltimore is now 6th in the league in DVOA, partly thanks to last week, and it’s clear they will make this their game to lose. Burrow can keep this close which is why I’ll move this to a PK.

I know it’s no longer the Tom Brady show, but in a week with so many massive lines, this one sticks out like a sore thumb. Is there something Vegas knows that we don’t? Zach Wilson’s Jets are the worst offense in the league and head to New England to take on a Patriots team that nearly beat Dak Prescott and has only allowed 9 TD to 6 INTs through the air. The last time they played the Jets this season, they won 25-6 at MetLife Stadium. Although the team is starting to look slightly better, even the return of Jamison Crowder to the lineup can’t help the Jets do much. They narrowly beat a Titans team missing their two best players and then lost to the Falcons. They got a much-needed rest week but Foxborough is a different animal and they know that all too well. Belichick coming off of a loss? Good luck with that.

This will likely be my most controversial pick. Jimmy Garoppolo, to his credit, is getting things done. I do think this is a winnable game for the Colts, but I expect them to ultimately fall short. The team is getting torched through the air, allowing 15 TDs and over 1500 yards and aren’t generating a lot of turnovers. What they do have going for them is their run defense. They’ve only allowed a single rushing TD (which includes games against the Ravens, Titans, and Seahawks) and just over 100 yards per game. Their rushing EPA allowed is the best in the league at -0.269, better than the Tampa Bay Buccaneers . Additionally, their run game has the 3rd best EPA. The 49ers are going to have their hands full against Jonathan Taylor. The team is now 2-3 but hasn’t won either of their games by more than a score (8 point win over the Lions, 6 point win over the Eagles). Against a Colts team that is more well-rounded than either of those with a projected point total of 44, this is nearly a perfectly traditional teaser spot.