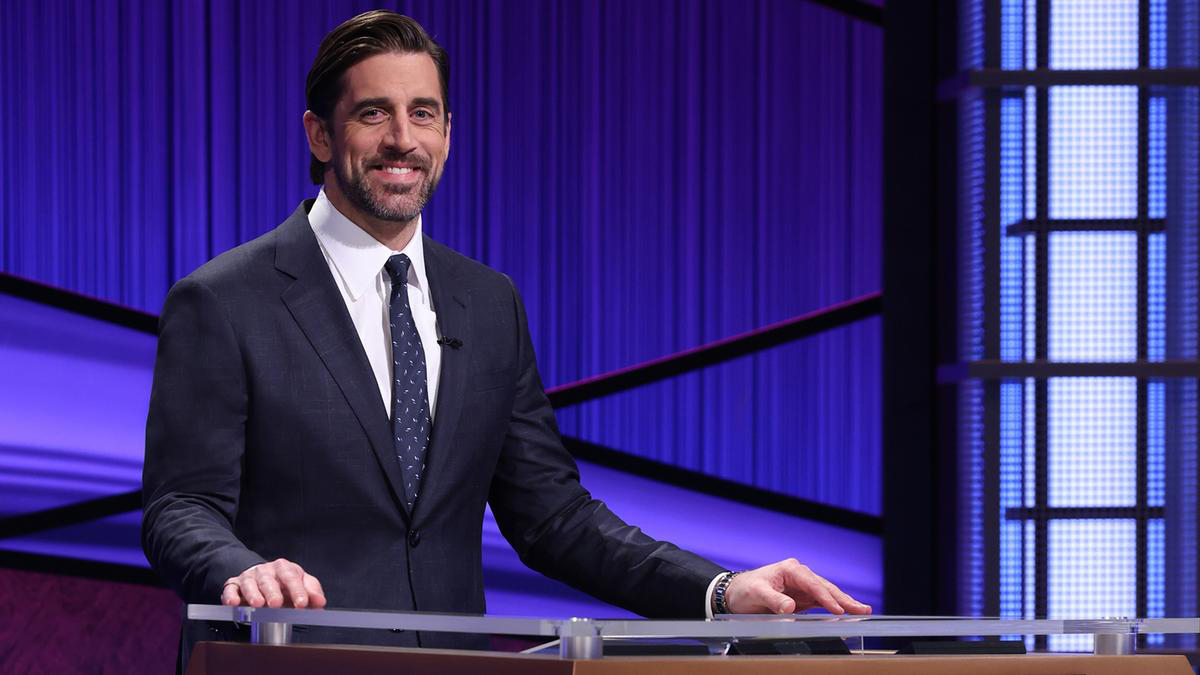 Like clockwork, Week 1 of the NFL season brings chaos. It would be foolish to use a single game as our basis for the rest of the season, and that’s why I want every fan to just relax. Not every struggle will continue but don’t celebrate a win too early. How worried or excited should we be about some of these teams and players?

The Bills offensive line committed six holding penalties and couldn’t always give Josh Allen the time to get the offense rolling. If this can’t be resolved soon, I’d be concerned about the consistency of the offense but Josh Allen still looked like a magician out there. The run game looked better than expected with Zack Moss out as a healthy scratch. Nobody should be expecting great rushing performances out of the team aside from when Allen uses his legs, but the ground game looked passable. Rookie Gabriel Davis was getting open left and right and ended the game with a 37 yard gain as well as a TD. The defense was dominant as expected and bullied the Steelers behind the line of scrimmage. Bills fans don’t need to worry just yet, but that OL could use some help.

For the Steelers, first round RB Najee Harris managed a paltry 45 rushing yards on 16 carries. The yardage and his low effort on targets is concerning, but as a rookie behind an inexperienced offensive line in a new system under OC Matt Canada, I won’t panic just yet. Harris played every single snap and got decent usage despite the game script and a tough Bills defense that was above-average against the run last season. It’s going to be hard to watch in the tougher matchups, but the Steelers seem committed to him and he had some flashes. If he struggles against worse opponents, I’m going to worry. There were few issues on the defensive side of the ball. T.J. Watt showed why he’s the highest paid defensive player in the league with his 2 sacks and forced fumble. The team also blocked a punt that was returned for a TD. Even against a top opponent, this team found a way to succeed and should be well in the running to win the division.

It’s hard to care much about two teams that are longshots to make the playoffs, but here we are. After first round RB Travis Etienne went down for the season, many expected big things from Jaguars RB James Robinson. The 2020 undrafted rookie shocked the world with over 1,000 rushing yards and 10 TDs on a Jaguars team that only won a single game all season. In the loss to the Texans, he was out-rushed 9-5 by veteran Carlos Hyde. Last season, he never saw fewer than 11. In a game where first overall pick Trevor Lawrence threw 51 times for 332 yards and 3 TDs (and 3 INTs), Robinson only saw 6 targets that he turned into 3 catches for 29 yards. I’m not concerned about Robinson as a player but I cannot trust Urban Meyer as an NFL coach. Against a team like the Texans, you’d think they could get something going on the ground. They didn’t give their best RB the opportunity.

The Houston Texans actually looked…good? I don’t think I’ll declare anything this early but it should be no surprise that 7-year veteran WR Brandin Cooks exploded for 132 yards with Tyrod Taylor at the helm. The journeyman wide receiver has five 1,000 yard receiving seasons and doesn’t look like he will slow down. Although I expect Tyrod to look bad against most other opponents, Cooks is QB-proof. Be excited about him. Temper expectations for the rest of the team.

If you’re watching the MVP race, Kyler Murray might be the early frontrunner. Murray finished with 5 total TDs and nearly 300 passing yards in a game where he only threw 32 times. Concerns about his passing abilities should be toned down, if not shut down. DeAndre Hopkins once again showed why he’s one of the best receivers in the league, and rookie WR Rondale Moore had quite the game of his own. Don’t even get me started on how this team was able to stop a trio of RB Derrick Henry and WRs A.J. Brown and Julio Jones. LB Chandler Jones finished with 5 sacks and the defense totaled 3 turnovers and 8 pass deflections. The Cardinals were expected to be above average but stomping a team of this caliber is going to put the rest of the league on notice.

The Titans were bad, there’s no sugar coating it. However, they’re a team I expect to recover quickly. It’s a tall task to shut down any of their elite offensive options, let alone all three. It can be true that the Cardinals defense was great AND that this was some week 1 fluke. You don’t see teams like this struggle for very long, and while they could struggle overall compared to last season, they still have the talent to win the division. Their biggest competition in the Indianapolis Colts also got routed by an NFC West team. It’s not the end of the world but the offense needs a backup plan if Henry gets shut down.

Rushing QBs continue to shine. Jalen Hurts put on a performance that could have rivaled Kyler Murray’s as he threw for 264 yards, 3 TDs, and ran for another 62 yards. Whatever happened at the end of last season seems to have fixed itself and this offense is looking explosive. RBs Miles Sanders and Kenneth Gainwell combined for over 100 yards while 2020 and 2021 rookie first round WRs Jalen Reagor and DeVonta Smith finished with 6 receptions and a TD each. The defense sacked Matt Ryan 3 times and limited him to 164 passing yards and 0 TDs. It’s easy to say “It’s only the Falcons” but for a defense to destroy Matt Ryan, Calvin Ridley, and first round TE Kyle Pitts has to count for something.

On the bright side, Matty Ice didn’t throw a pick. That’s about as much as I can say about this offensive performance. Mike Davis couldn’t make a dent on the ground and was woefully outplayed by WR/RB hybrid Cordarelle Patterson. It’s clear that Davis is going to be gamescript dependent and doesn’t possess the explosive qualities a team would want. He’s a fine, safe player but his performance on the Panthers last year was almost exclusively due to his high amount of touches. It’s clear the team needs something more there. On the defensive side, the team was beaten by the same play types over and over again with little adjustment. It’s going to be a long season as they get to travel to Tampa next week. At least they get the Giants after that.

The 49ers were heavy favorites but some were concerned with Jimmy Garropolo at the helm over 3rd overall pick Trey Lance. As the 49ers took a comfortable 31-10 lead at halftime, everything seemed fine. Surely a bad Lions team couldn’t make this interesting? Although the 49ers defense collapsed in the second half, they were generally fine. This wasn’t the powerhouse that many thought but the team got plenty of pressure as Jared Goff was sacked 3 times. The defense also forced a pick-6. Fumbles were the story of the game, as the bizarre amount allowed the Lions to stay in the game. Ultimately a game that 49ers Faithful will want to forget, although at least the offense still looks as fun as ever. The team did what it needed to do, I have few concerns.

The Detroit Lions are going to be a team that can realistically allow 41 points every single game, which should help any contract incentives that TE T.J. Hockenson has. Hock led the team in receiving yards and had a touchdown as he posted one of the best performances of the week at the position. If you know this Lions team, you know that losing WR Kenny Golladay to the Giants has left a gaping void at receiver. Along with Hock, the team has two capable receiving backs in D’Andre Swift and Jamaal Williams. Both split carries and finished with 8 receptions each. This tandem should continue to pester defenses through the air and could compensate for a lack of actual WR talent. Rookie Amon-Ra St. Brown was targeted 4 times and hauled in 2 for 23 yards. He could continue to grow, but for now this passing game runs through a tight end and two running backs. This team is all offense, no defense and Goff actually looked fine. They’re not competing for much anyway.

Did you know that the Tampa Bay Buccaneers lost 38-3 to the Saints last season? Tom Brady threw 3 interceptions and no touchdowns. This season, Aaron Rodgers threw 2 interceptions and no touchdowns against them. Unfortunately, I don’t believe the Packers are going to win the Super Bowl despite the weird coincidence. Aaron Rodgers looked off and while we can blame the matchup for the loss, it’s bad that the reigning league MVP can start a season this rusty. The Packers will bounce back with talent like Davante Adams and Aaron Jones on offense, but I think this division crown is showing signs of weakness.

No receivers? No problem! Even facing Jaire Alexander, Jameis Winston threw for 5 TDs as the successor to future HOFer Drew Brees. The Saints had a three-way tie for a lead in receptions that consisted of two TEs and an RB. The backfield combined for 133 rushing yards and Winston added another 37 on his own. It’s safe to say that this Saints team has immense upside, but I definitely want to see how they fare with Jameis throwing a higher volume of passes against a team that isn’t having a total meltdown. Regardless, this wasn’t a fluke. This team is legit.