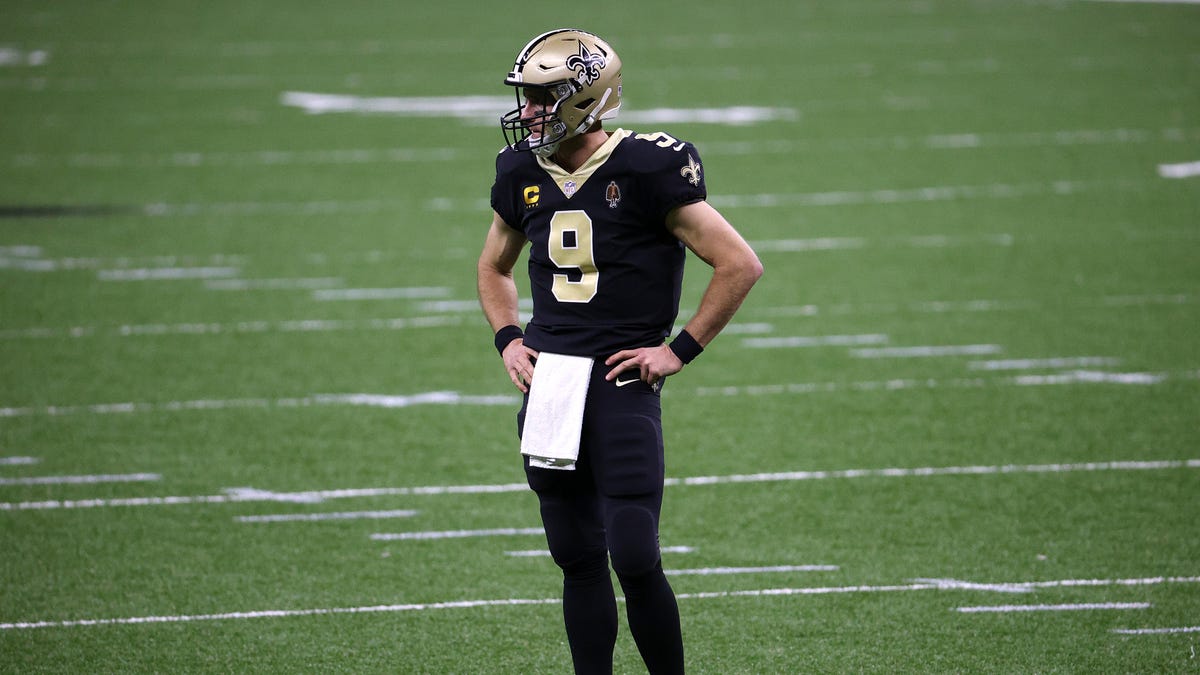 If you go back and read my previous waiver wire articles, you can pinpoint exactly which weeks had the worst outcomes for both fantasy football and actual NFL teams. This week may take the cake. Do I seriously need to go over the return of Jameis Winston, the Patriots upsetting the Ravens, the stolen TDs, or the terrible weather negatively affecting nearly every game? We need positivity so I won’t dwell on the negative past. Many of you still have hope to push for a higher playoff seed or a playoff appearance. If you’re not mathematically eliminated yet, do everything you can to grab those wins as we count down the final weeks of the fantasy regular season.

Drew Brees is dealing with a bad injury that could keep him out for multiple weeks. Based on what we saw in his absence during the game, the Saints clearly trust Jameis as their backup rather than gadget player Taysom Hill. 2019 seems so long ago in a year like this, but we have to remember that Winston led all quarterbacks in passing yards and was second in passing touchdowns. With Michael Thomas, Emmanuel Sanders, and Alvin Kamara at his disposal, he will have plenty of weapons to keep this Saints team competitive until Brees returns. Did I mention he gets to play the Falcons twice in the span of three weeks? Talk about the perfect situation.

Verdict: Add if no reliable streamers are left

Staying ahead of the game in fantasy sometimes means forgetting your thoughts on a player when they prove you wrong. I wasn’t fading Ahmed last week because he was a new name to many fans. I was fading him because I flat out expected a different player to get the workload and for the Dolphins to play from behind. That didn’t happen, and instead Ahmed tripled his carries from last week. He increased his total percentage of team rushes from 28% to 66% and avered 4 YPC. The only other player on the team to run more than two times was QB Tua Tagovailoa with six attempts. Ahmed caught his lone target for five yards, but as long as this defense continues to play well, he can get by with minimal receiving work.

Verdict: Add in all formats as an RB3 who will get a heavy workload.

Gallman and the Giants are off this week, but that doesn’t mean you shouldn’t grab him if he’s available. While his impressive resume of four straight games of 13+ fantasy points is bolstered by at least one rushing touchdown in each game, you may not have a better option. At this point in the season if you can’t grab someone like Ahmed, you’re taking backups you hope may start. Still rostered in under 50% of ESPN leagues, Gallman has put up good fantasy numbers despite playing the Washington, the Eagles (twice) and the Buccaneers, some of the best teams against the run in terms of fantasy football. The matchup seems to be irrelevant, as this offense keeps getting better and Gallman keeps getting more carries.

Verdict: Add in all formats

Pittman was seemingly forgotten due to a bad combination of an injury, uninspiring start to the season, and explosion from the rest of the rookie WR class. The second-round pick has been overshadowed by the success of Tee Higgins, Justin Jefferson, Chase Claypool, and CeeDee Lamb. That doesn’t mean you need to ignore Pittman in this historic draft class. Pittman has at least 7 targets in each of the last two weeks and has been setting season-highs in routes ran. It’s clear the Colts are trying to get him the ball with veteran T.Y. Hilton struggling. He gets the same Titans defense he just burnt soon, as well as two matchups against a depleted Texans team. The only thing that can halt his production is Philip Rivers.

Verdict: Add as a low-end WR2

Snead has been slowly getting much more involved in this passing game. Since the Ravens’ bye week, he has seven targets in two games and four in the other one. Before that, he never reached four targets except for week 1. The problem is that the Ravens were playing from behind or in neutral situations in these past three games, and while they do get two tough matchups in Tennessee and Pittsburgh, they still have one of the easiest remaining schedules in the league. Perhaps Snead can remain a high-upside desperation play in deeper leagues, but I do not see him as a long-term solution once Marquise Brown can draw some better CB matchups.