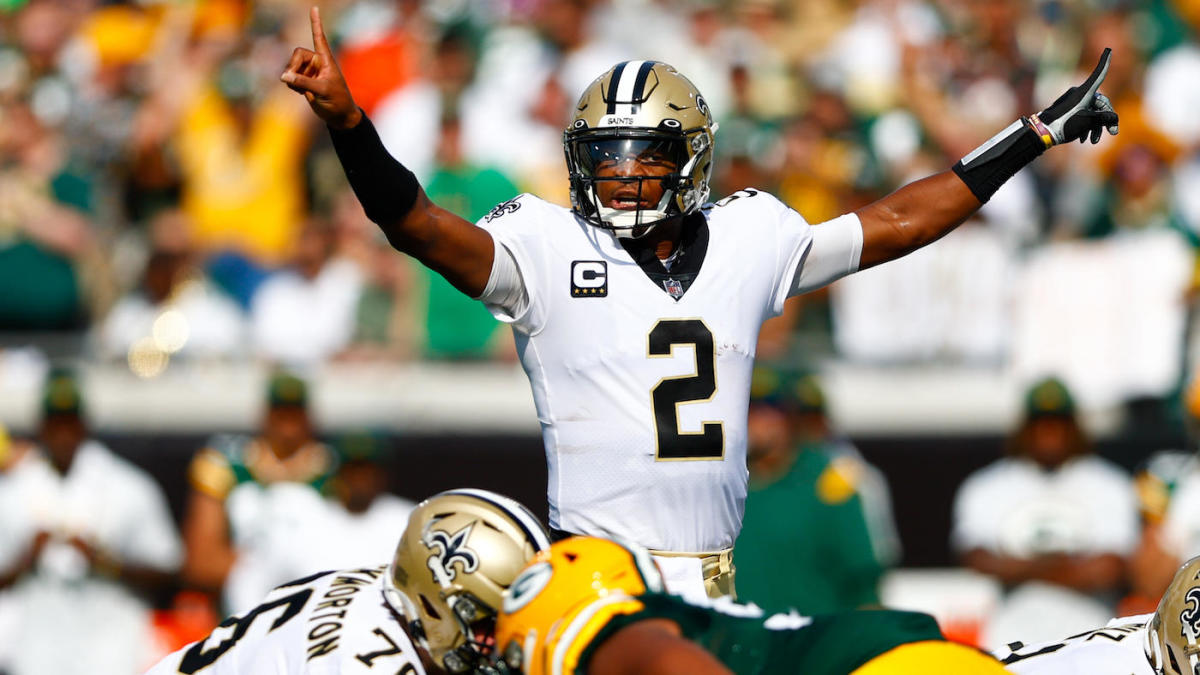 After all of our research, the NFL reminds us that we know absolutely nothing. Players went off or fizzled out and fantasy managers need to find the next best thing. The best advice I can give is to not overreact to a poor week 1 performance by a player you drafted highly. If they were on the field for most of the game and got usage (see: Harris, Najee) then don’t panic sell. On the other hand, don’t assume a high scoring finish by a nobody will always be sustainable. Find a bench spot and grab these players!

All players are rostered in under 50% of Sleeper leagues

The crab man is back! Maybe Green Bay had a major off day but how many QBs can throw for 5 TDs against the Pack? The best part is that he threw no interceptions. Even crazier? The team leaders in receptions were RB Alvin Kamara and TEs Adam Trautman and Juwan Johnson. This team doesn’t need a legit WR1 as long as they have playmakers. Don’t expect these TD numbers every week but realize that the upside still exists for Winston. He only threw 20 times for 148 yards and will have opportunities to throw for more yards. Maybe he’ll crumble under pressure when the team eventually goes down big but until I actually see that happen, I’m looking to add him wherever I have deep benches. If WR Michael Thomas can come back strong from his injury, Jameis could be a top QB as the fantasy playoffs begin.

I was hesitant to put Mitchell here because I don’t trust Head Coach Kyle Shanahan to ever make sense. However, you’re going to be hard pressed trying to find an RB with his upside on such few rosters. Raheem Mostert got injured early and is now on the IR and rookie Trey Sermon missed the game as a healthy scratch. In their absence, Mitchell ran 19 times for 104 yards and a TD in the win against the Lions, and while the quality of opponent was poor, the 49ers have always proved that they can run well. Perhaps Mitchell doesn’t see this workload every game. Does that matter? He is going to offer weekly RB2 upside and so far looks like a starter. Ride the wave and hope it never ends.

It’s shocking to see how many people watched Mac Jones play and came to the conclusion that he was bad. Jones surprised me and did exactly what he needed to in a Bill Belichick offense. Although James White only saw 4 carries as Damien Harris ran away with the workload, he caught 6 of his 7 targets for 49 yards. If you did draft him, it wasn’t for his rushing ability anyway. Perhaps someone like rookie Rhamondre Stevenson can phase White out of the backfield, but until then he’s a good add in 12+ team leagues if you need someone with great FLEX potential, or as an RB2 filler. White’s role has not changed since Tom Brady left and the team will continue to use him as a safety net if Jones doesn’t get the reads he wants. He’s not a league-winner but he’s reliable.

I get that Darren Waller is the best player on the Raiders offense but it sure took the team a while to remember they also had Bryan Edwards there. Coach Gruden has compared the second-year receiver to HOF WR Terrell Owens but decided to barely use him in his rookie year. One game into 2021 and he’s looking legit. 4 receptions for 81 yards sounds like a nice start, and he tied with Henry Ruggs III with 56 snaps, tied for the most by WRs on the team according to Pro Football Focus. Although you’d want to see much more after Derek Carr threw 56 times for 435 yards, I believe the coaching staff will continue to reward their best receiver. He made plays that helped set the team up to win a game that few believed they could. It’s hard to truly trust the Raiders but surely you can find a roster spot to take the chance on the talent.

The Arizona Cardinals exploded as Kyler Murray set the league on notice with an MVP-worthy performance. I don’t think we can expect this every week from any team but it’s exciting to see that they can feed 3 WRs while also giving the backfield 28 carries. Moore only played 20 snaps but still drew 5 targets in his limited time. The bulk of his limited work came when the game was already decided but a 2nd round rookie in his first game can only do so much. Pick him up not as an immediate play but as a stash with FLEX potential. Rookie WRs start slow and pick up as the year goes on. He could challenge Christian Kirk for that WR2 role.