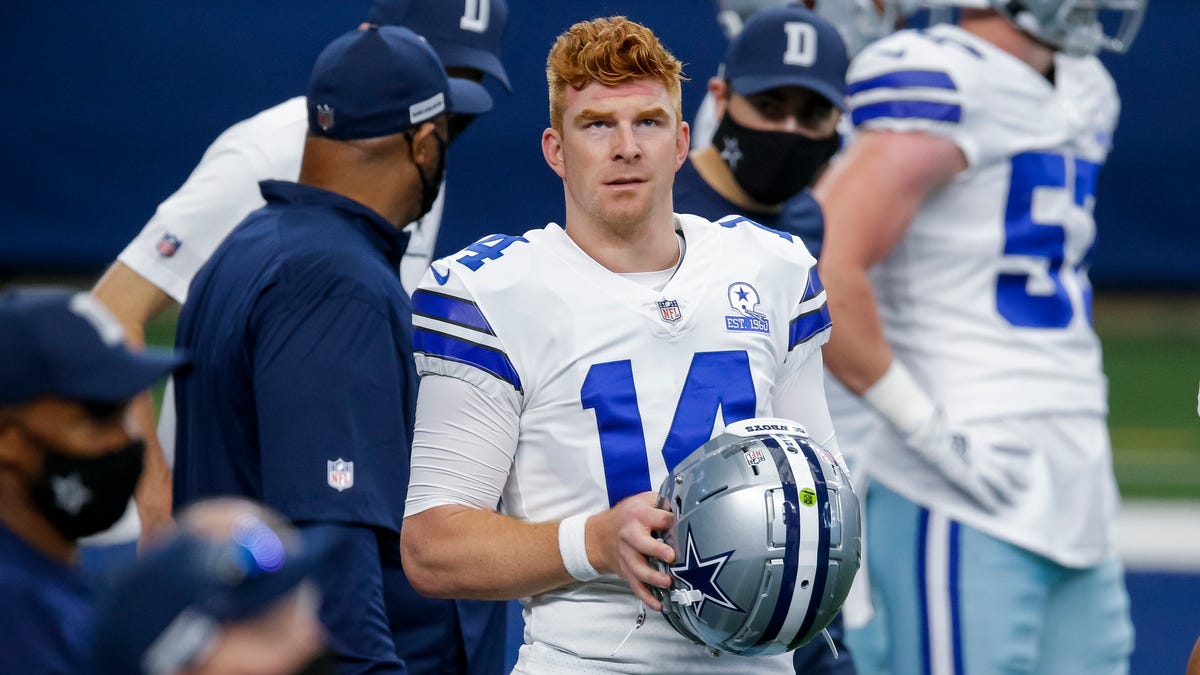 The Titans finally played, and they did not disappoint.

After two weeks of dread, it seems like the league has been getting through COVID-19 as well as they can without a bubble. Although players and coaches are still testing positive, we aren’t seeing a new outbreak amongst teams.

Many of last week’s decisions simply couldn’t show anything with the Broncos-Patriots game being moved. I didn’t have my best week in deciding which of the hot waiver players to add or fade, but did alright in the end. I didn’t advise picking up Justin Jackon, who put up double digit points. He and Joshua Kelley split carries but it looks clear that Jackson will be increasing his role. I did, however, tell you to fade D’Ernest Johnson in the wake of Nick Chubb’s injury. Like I expected, he didn’t produce. 32 yards on 8 carries proves Kareem Hunt is keeping this backfield all to himself.

I’ll start showing you some of my fades and adds, as well as my misses from the previous week with their PPR points so you can quickly see how I did.

On pace for astronomical passing numbers, Dak Prescott unfortunately got injured and is likely out for the rest of the season. I don’t fault Dalton for his weak numbers. He only attempted 11 passes and completed 9 of them for 111 yards. While he didn’t throw a touchdown, he also didn’t throw an interception. He has the best WR trio in the league, along with one of the best RBs and a good TE. I don’t see why anyone could knock a veteran with that group, however I don’t expect him to be more than a solid player who begins to feed Zeke more. Play him situationally unless it’s a league where you start multiple QBs.

Lindsay may be the most rostered player on this list, but he may have been dropped after not logging a snap since Week 1. Melvin Gordon may be suspended for one game or multiple games. No matter the situation, Lindsay will get a majority of the work in both the rushing and receiving game and should be added in every league. A tough matchup against the Patriots and a returning Cam Newton does not bode well for his rushing numbers, but Lindsay should get the receiving work to make up for it and reach RB2 numbers with a TD.

Verdict: Add in all leagues

Like Lindsay, this is an add that may not be worth it at the time of writing this. Gordon may not get suspended, and Dalvin Cook may not miss week 6. Still, you don’t win a championship playing the waiting game. Unless you have the most glorious bench known to man, you have room for a likely starter at RB that you can play or steal from an opponent. Dalvin Cook has not been ruled out for Week 6 yet, but Mattison could still get the majority of carries on a team that may lose the league’s rushing yards leader. If you’re giving up FAAB for this, just remember the Vikings are on bye Week 7 and may see Cook return in Week 8.

Verdict: Add in all leagues

I’m sorry, are you still reading? The team that traded Jamal Adams and cut Le’Veon Bell has but a single roster-worthy player, and even then Jamison Crowder is bound to come back to Earth. (Probably when I trade for him.) Perine has been learning behind two veterans, but may be stepping into a role that makes him as inconsistent as Bell. I did not like Perine coming out of college, but I’ll put that aside and just say a few words: It’s the Jets.

Verdict: Add in 12+ teamers as an RB3/4 who will get enough touches to produce at some point

Like many, Diontae Johnson was one of my favorite WRs to take this year. Unfortunately, injuries have ruined his past two games, and a new Steeler has emerged. Claypool showed flashes of his immense talent throughout the season, but his connection with QB Ben Roethlisberger truly met its potential this week. In a close game with the Eagles, Claypool caught 3 touchdowns and got another on the ground, along with 6 receptions and over 100 receiving yards. Still, I don’t think Claypool is the player everyone wants him to be. Johnson could stay out for a while, but JuJu Smith-Schuster and James Washington need to eat. Eric Ebron and James Conner cut into the targets as well. With the schedule getting easier now, the Steelers can continue to run the ball.

Verdict: Add in 12+ teamers as a WR3 with inconsistency and WR1 upside

Has Wentz finally found his guy? The 6th rounder only had three targets on the Lions, and another three last week. Then, in a game where the Eagles were down big, he caught 10 of his 13 targets for a whopping 152 yards and a TD. Even more impressive is that this was against an elite Steelers defense. The glaring issue is that Alshon Jeffrey, Jalen Reagor, DeSean Jackson, and Dallas Goedert were all out. Greg Ward, John Hightower, and J.J. Arcega-Whiteside were the top WRs. Zach Ertz disappointed, but this Steelers defense has let random receivers take advantage late in games far too often. This production shouldn’t realistically continue with a healthier WR group.

Verdict: Fade unless literally everyone continues to miss time