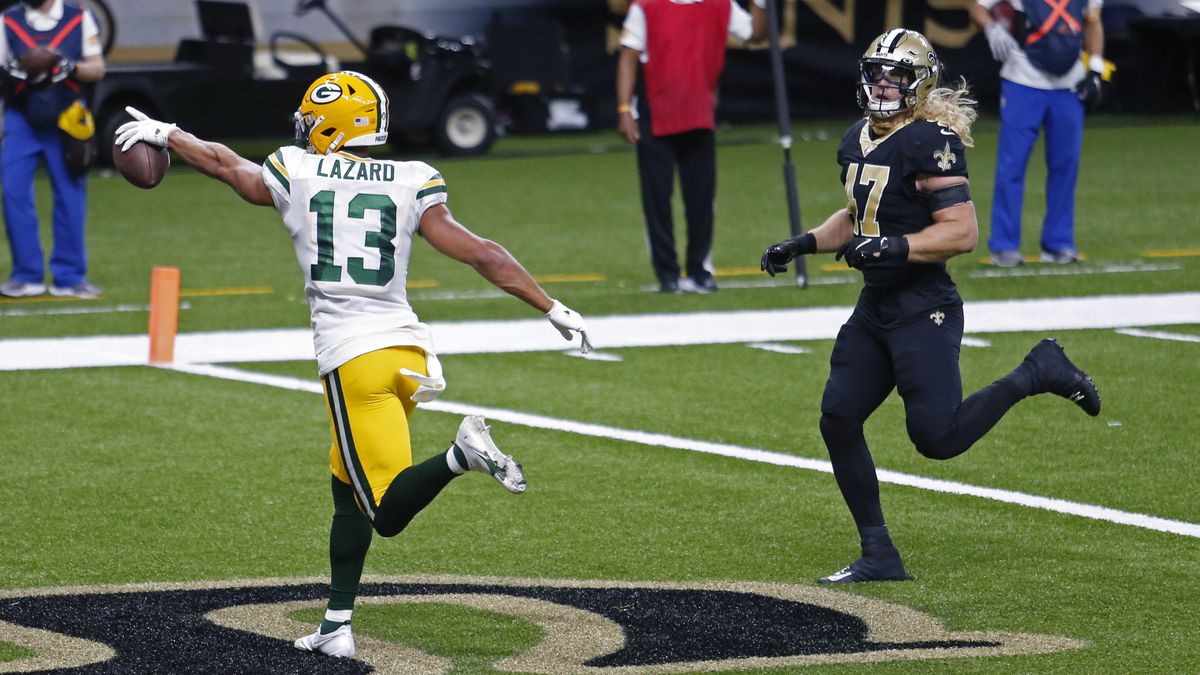 This was a bad week for almost everyone but if you made it out with a win, you should be proud. Hopefully the terrible weather is behind us and we can see some more offense.

Moss was one of my value picks in fantasy drafts, but an injury has caused him to stay on the waiver wire longer than on rosters. While he and teammate Devin Singletary both had 14 rushes for over 80 yards, Moss had two touchdowns. Both had a single target, but Moss played three extra snaps. He has three games of at least 10 fantasy points now, and I think we should see him get the majority of the work going forward. Don’t expect these 20 point games because Singletary will still be a threat, but his past receiving production puts Moss in good position to compensate for all of the injuries this year.

Verdict: Add as an RB2/3 who should usually out-carry his teammates

Both Jamaal Williams and A.J. Dillon are out due to COVID-19 contact, and until we get word on the status of Aaron Jones, it’s looking like Tyler Ervin is the next man up. The team may activate Dexter Williams from the practice squad, but it’s doubtful that he gets a lead role. Ervin will likely get the receiving work but Williams could cut into the rushing volume as Dillon did to Williams last week, and as Williams has done to Jones for a while now. They’re both worth picking up as flex plays in a game where the Packers should be running against a 49ers team without their star QB and TE.

Verdict: Add both in 12+ team leagues as flex plays

Davante Adams is clearly the focal point on this offense, but even when Aaron Jones and Robert Tonyan are in the mix, there’s plenty of room for an extra receiver. The defense has been struggling while Aaron Rodgers has looked mostly great, and that means any receiver who can play as the second option in that offense needs to be added. He finished as the WR16 in week 1 and the WR6 in week 6. Despite only playing three weeks, he averaged 17.4 points per game. The Packers may have some tougher defenses ahead, but it’s likely the focus will be Adams and the run game.

Verdict: Add in all formats as a high-reward WR2

For the third week in a row, Samuel has been startable. His two-touchdown performance against the Falcons may seem like a breakout, but I’m not convinced. He didn’t top his carries, rushing yards, targets, receptions, or receiving yards on the season. In fact, without the touchdowns he put up an incredibly poor statline. He has been wildly inconsistent all season, relying on touchdowns for most of his output the past two weeks. Getting two easier opponents helped make that possible, but he’s just not a reliable threat with two good receivers, Mike Davis, and a returning Christian McCaffrey

Verdict: Fade in most leagues

While he may not play this week, Reed is the lead TE in this offense going forward. It’s bad for his value to lose his starting QB as well, but this team has proven it can feed the position even without Jimmy G on the field. Reed is no George Kittle, but he has almost always been a great player when he can stay healthy. It’s a big ask for him, but you may not have better options.