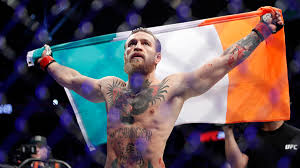 In the last event of International Fight Week, the UFC’s octagon blesses not only the sandy beaches of Yas island but all of our hearts. With an absolutely stacked list of preliminary fights and an even better card of early prelims, the main card has a lot to live up to. The main and co-main event of the evening are both light-weight matchups, containing the best the best the division has to offer. Coming off back-to-back main event winning picks, The Noise is ready to deliver another one for UFC 257.

While the main event tries to take all the star power this event has to offer, the co-main event poses an even more exciting match up. UFC lightweights Dan Hooker (20-9) and Michael Chandler (21-5) will meet for the first time in Michael Chandler’s UFC debut.  Michael Chandler enters the UFC after an impressive championship career with the company’s rival promotion, Bellator. While many view Bellator as the B-rated promotion in MMA, there is no denying they can gather a large crop of talented prospects. Chandler has stayed dominant in Bellator through his use of his exceptional wrestling and balanced stand-up, drawing comparison to Chad Mendes. Hooker, on the other hand, poses a reach advantage and height advantage in this fight. Given the fact that he loves to serve-up fresh knees and elbows, I expect Hooker to use both to his advantage as Michael Chandler shoots take-downs. As we get closer to fight time, Hooker is widening his gap as a favorite, currently sitting at -140, which still feels like it’s worth a look.

Now we talk about real money, the main event of the evening! Connor McGregor (22-4) gives Dustin Poirier (26-6-1) a rematch after the two previously met 7 years ago with Connor walking away the victor. Make no mistake, this fight won’t go anything like the first one. Both fighters have grown and adjusted since their last meeting. With both picking up wins over Eddie Alvarez and losing to then UFC lightweight Champion, Khabib Nurmagomedov. Just like Tom Brady in the Super Bowl, or Lebron James in the Finals, every sport has their King and Connor McGregor is MMA’s. With 14 of his 22 wins coming via first-round finish and another 6 ending in the second round, Connor McGregor is no stranger to quick paydays. His other-worldly boxing and kick-boxing abilities put him miles ahead of his opponents. As previously mentioned by our associate, Lou Finocchiaro, Connor has only fought twice since his fight against Floyd Mayweather in 2017, amassing just under 5 rounds of UFC fight time. Poirer, on the other hand, has fought 6 times since Connor’s fight against Floyd. Three of those six times being wars that went into the Championship rounds. For that reason, among many others, is why you do not fade Connor Mcgregor in this fight. Currently you can find Connor to win in the first round at +160 and for him to finish the fight in round 2 at +300.

Thank you all for your support and attention through an amazing international fight week. If you have not done so, be sure to check out our special UFC 257 edition of The Noise Podcast, featuring myself, Max, and Lou Finocchiaro, where we go over every fight on this card. The UFC returns February 6th back in Las Vegas, featuring a heavyweight tilt between Alistair Overeem and Alexander Volkov.