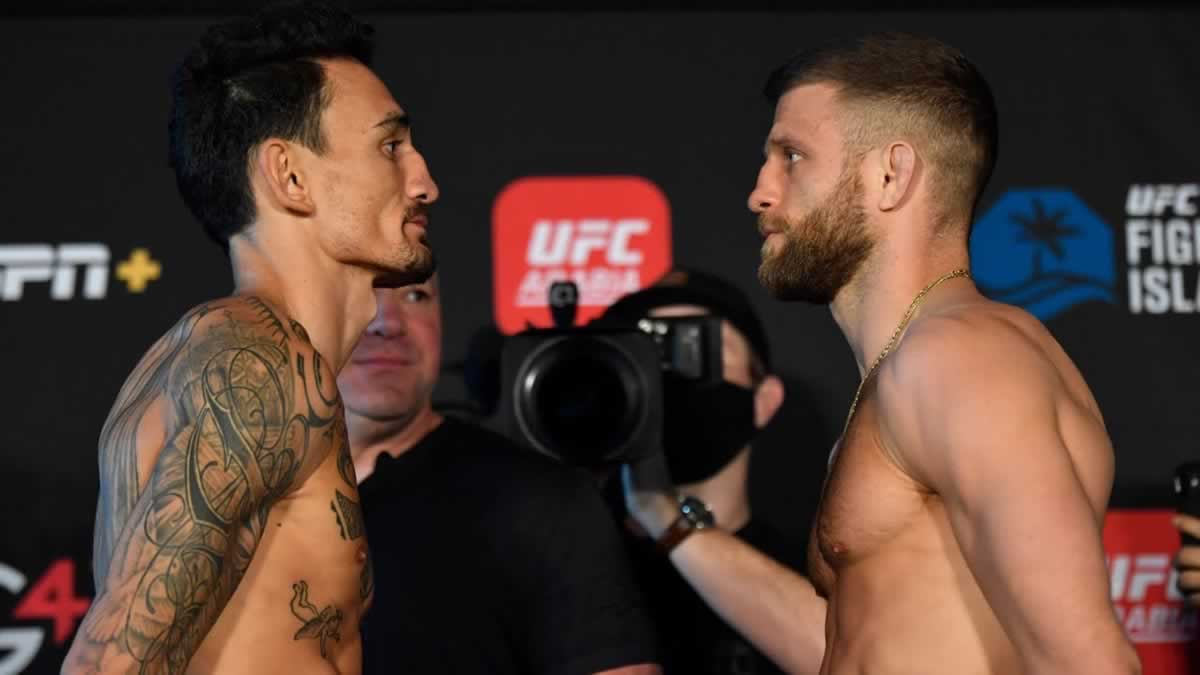 Best Bets for UFC on ABC: Holloway vs. Kattar

The UFC is back with an amazing card to kick off the 2021 campaign! What better way to do that than by going back to Fight Island, a beacon of hope for many of us during a rough 2020. This trip to the Island brings us a plethora of close matchups throughout the card. In the co-main event, a battle of the legends as Carlos Condit (31-13) takes on Matt Brown (22-17) in the welterweight division. Closing out the main card, former UFC featherweight champion, Max Holloway (21-6) takes on rising star Calvin Kattar (22-4). This article will break down the best matchups on Fight Islands’ 2021 debut card.

The first fight I want to highlight just so happens to be the first fight of the night. Meeting in the featherweight division, Jacob Kilburn (8-3) and Austin Lingo (7-1) are both talented, young prospects looking to make names for themselves in the stacked division. While I do think both these men contain great skill, Lingos combination of speed and aggression should get him the nod in this contest. Combine that with Kilburn’s often flat-footed approach and Lingo should be able to find his angles easily. Looking at the lines though, its hard to lay -225 on a fighters UFC debut. The under 2.5 rounds is trending towards a favorite now and the books are starting to notice. Lingo has finished 4 of his 7 wins inside the first round, you may still be able to find the under at -110.

In the women’s flyweight division Yanan Wu (11-3) takes on Joselyne Edwards (9-2). Making her UFC debut Edwards is the #2 ranked female prospect pound for pound coming out of Latin America and boasts an impressive resume. She’s finished all but 1 of her 9 wins with 2 coming by way of submission and her most recent fight ending in a 30 second KO. Wu, on the other hand, hasn’t been so lucky in her UFC career, losing 2 of her 3 fights with the promotion. I don’t see why the books have this so close, at the moment you can still catch Edwards at -110.

While most can agree 2020 was more downs than ups, one up has been the UFC’s rising star Joaquin Buckley (12-3), who meets Alessio Di Chirico (12-5) in the welterweight division. Knockout of the year winner, Joaquin Buckley has been busy this past year, winning 3 of 4 fights by stoppage and only taking a loss to 2020’s star, Kevin Holland. Buckley’s power would be hard for any fighter to handle and after 3 losses, Di Chirico’s head might not be in the right place. There seems to be no reason to hop off the Buckley train so I’ll stay on until he runs out of track, if you’re lucky you can still find Buckley by KO/TKO at +110

The co-main event straight out of a time machine has Carlos Condit (31-13) facing Matt Brown (22-17) in the welterweight division. Fights like these make the fans go crazy and it would make me go crazy too if it happened in their primes. Don’t get me wrong, I’m more than excited to see these two square off, however this is the wrong time for this fight to take place if you want to make money. There are too many risks to take into account when you look at both Condit and Brown. Both have suspect chins after careers as warriors and both have equally dangerous arsenals that make this dangerous for bettors. Combine that with the fact that both these men have insane finish rates, I’ll be happy watching this fight playout without making a wager.

The main event puts two of the promotions most talented against each other as Max Holloway (21-6) faces Calvin Kattar (22-4). Following back to back losses at the hands of Alex Volkanovski, Holloway is looking to get back in the win column and looking to get another shot at the title he used to hold. Kattar, on the other hand, has been climbing the rankings after a very successful 2020. Both these fighters styles and records makes it hard to take a side here, both can easily get the job done. One member of the discord is having such a hard time with this fight he’s looking at a draw for +5000. Might not be the worst bet for this high level fight…

The first card of UFCs international fight week has some amazing fights and some amazing value. The octagon returns to our screens Wednesday for Chiesa vs Magny, and next Saturday for the much anticipated McGregor vs Poirer.

Best Bets for UFC on ABC: Holloway vs. Kattar